The Making of Me

Having the confidence to pursue your dream without compromise isn’t always an easy task. Here, musician and activist Poppy Ajudha shares the experiences that have shaped her and how she’s managed to live her dream while staying true to herself…

I spent so much time hearing live music and with music being played around me all the time when I was growing up.

My dad owned a nightclub and my sisters were in a band. It was only a little teen thing but I really wanted to do what they were doing.

I started writing songs when I was six years old. I’ve still got all my old song books and they have all these weird love songs in them when I’d never had a boyfriend before. It was weird.

One of my earliest musical memories is in primary school, when I’d be coming up with songs and wanting to write them down.

When I was little I’d written this song, and then Pink released a song with some of the same lyrics and I was like, “Oh my God, I’m psychic!”

I also used to steal my dad’s Walkman to listen to Britney Spears and sing along at the top of my lungs. Everyone had to hear me screeching Britney.

I always wanted to be a singer, I never thought about a plan B.

I did lack confidence in the way that teenage girls do at that age of puberty when the world is looking at them in a way that often makes them feel uncomfortable and unsafe and very self-aware.

That made me feel insecure and I wasn’t sure if I was good enough. I also didn’t know if music was a reliable job or not – most people tell you that it isn’t. 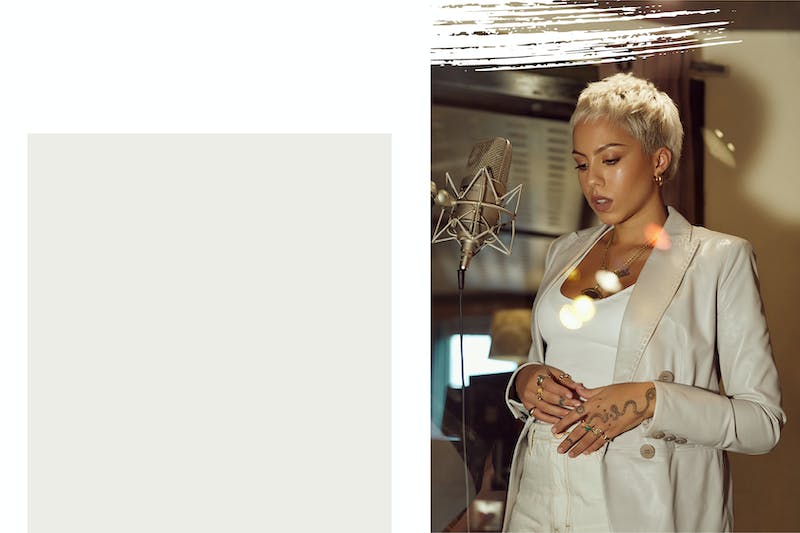 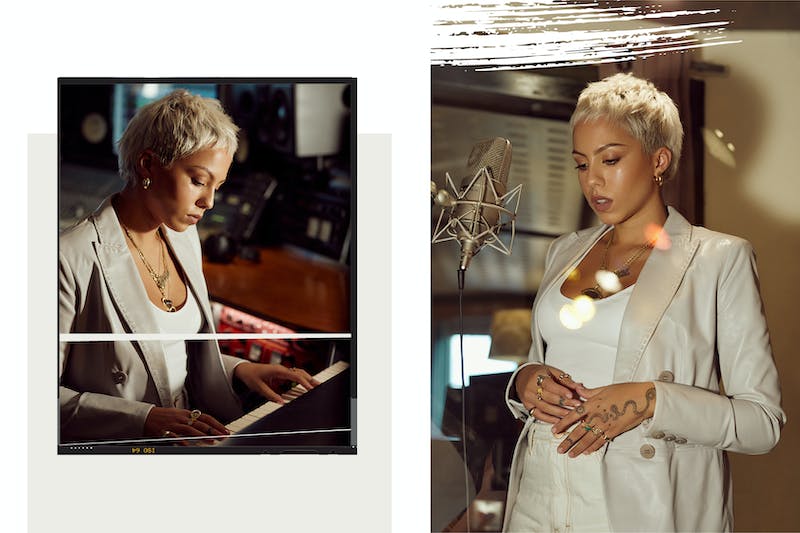 But I think when I found the self-confidence to be what I’ve always wanted to be, there was no going back. That’s what I was going to do and that was that.

I realised that someone else’s expectation of me is not my problem. I can only be myself.

Instead of trying to overcome people’s expectations, people should instead realise that they shouldn’t expect things from you that aren’t your identity.

You have to be true to yourself, you have to be who you are and people who don’t accept that aren’t worthy of experiencing you.

In a commercial, wider sense I don’t fit the stereotype of what a woman should be. A lot of my life I have been fighting that stereotype.

I could look like that traditional, feminine person but I really didn’t like the attention that I got when I did. It made me feel quite unsafe.

From 13 I was getting attention that I didn’t like everywhere I went.

Part of me understanding myself was to still feel valuable and meaningful and beautiful without having those aesthetic attributes related to me in terms of femininity or having long hair or dressing in a certain way.

I feel most confident when I can express myself freely and be who I am through what I wear and how I feel. I like to make a statement.

That means wearing things that have a strong identity and wearing perfumes that make me feel like myself. For example, when I wear My Way it takes me back to experiences I’ve had and all the shows I’ve played around the world and I feel like I can be my authentic self when I walk into a room.

I’ve never felt comfortable with what a woman should be. It’s never made sense to me. I’m so many things and I want to be so many things. It’s something I draw on in my song Strong Womxn. 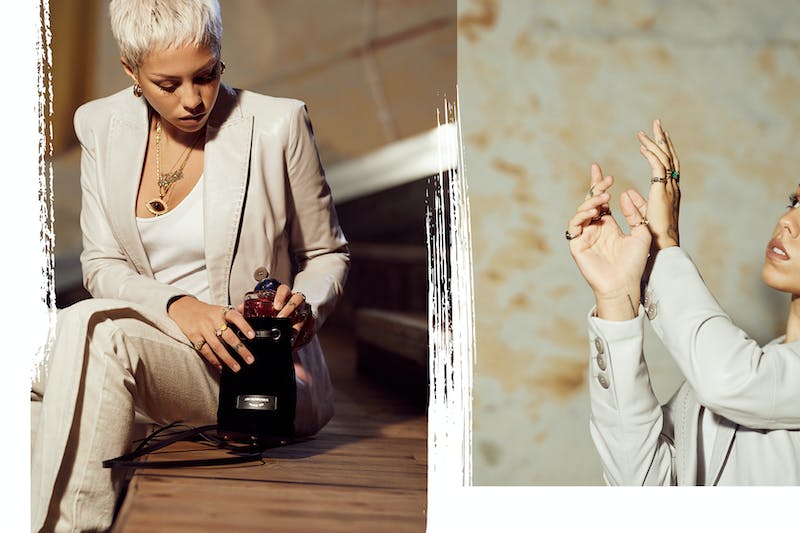 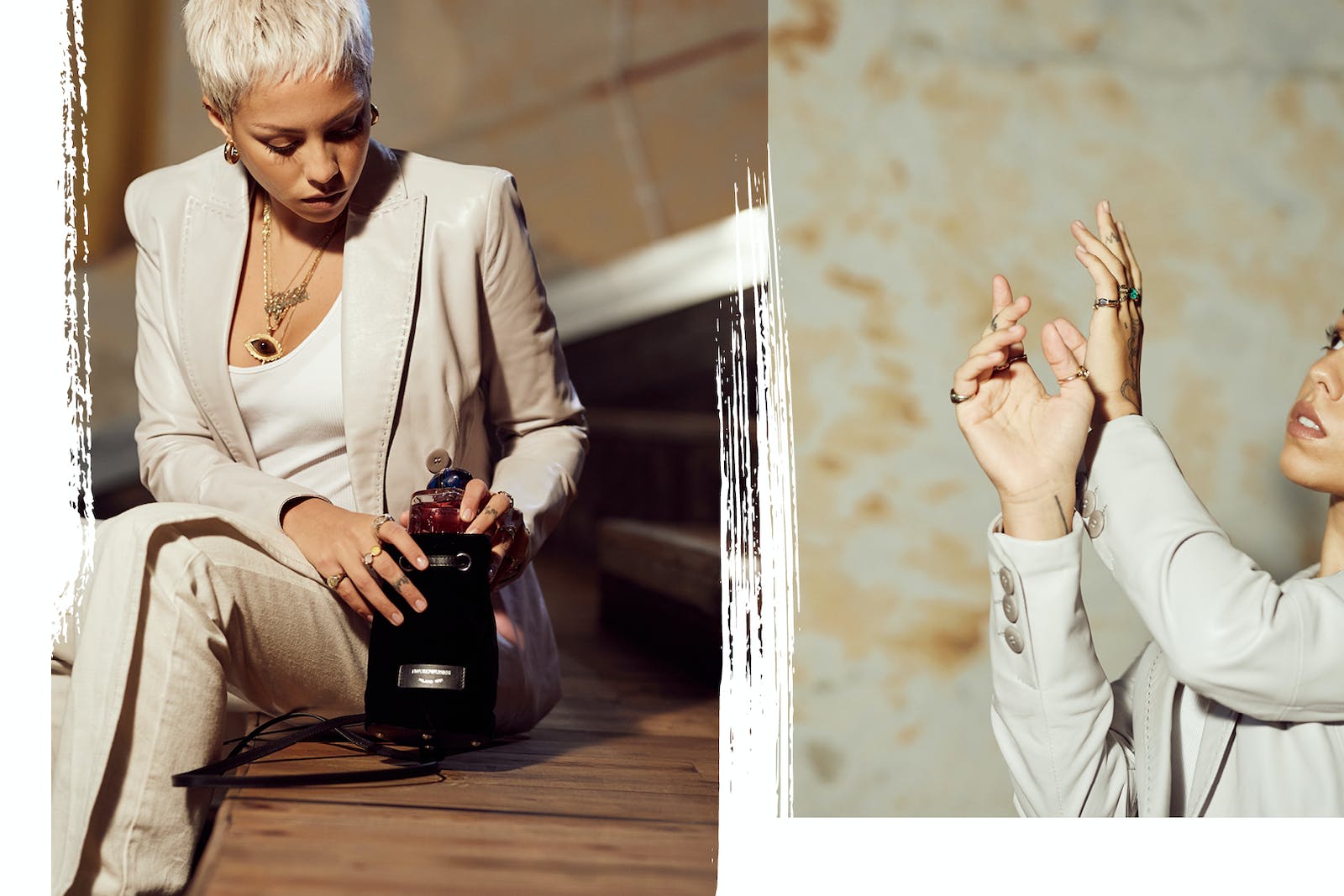 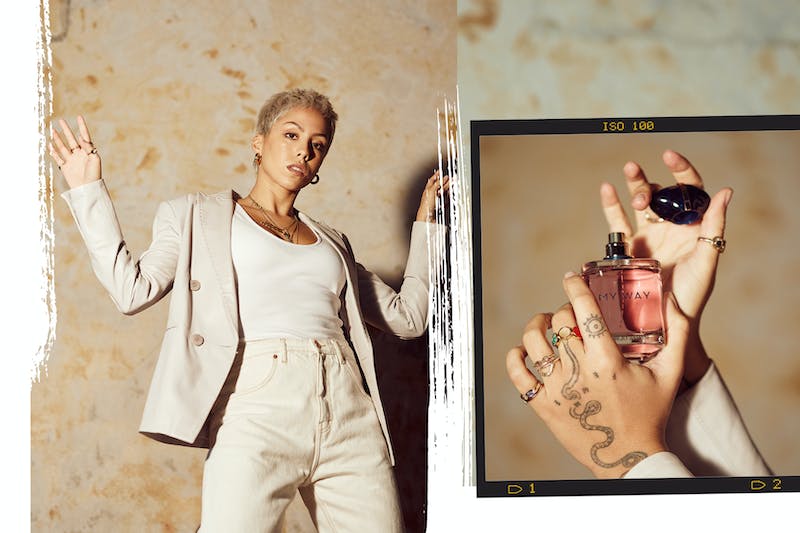 Women put on a brave face because they have to get through stuff and they have to deal with microaggressions, but when those things build up they do affect how you feel about yourself and how you think about the world and how self-aware you are.

People should just be able to exist – they shouldn’t be aware of how anybody else is perceiving them in a space.

There’s this paradox of wanting to be a strong woman because everyone tells you you’re weak, but also this idea of being a strong woman crushing you because you can’t be honest with the people around you or show that emotion. 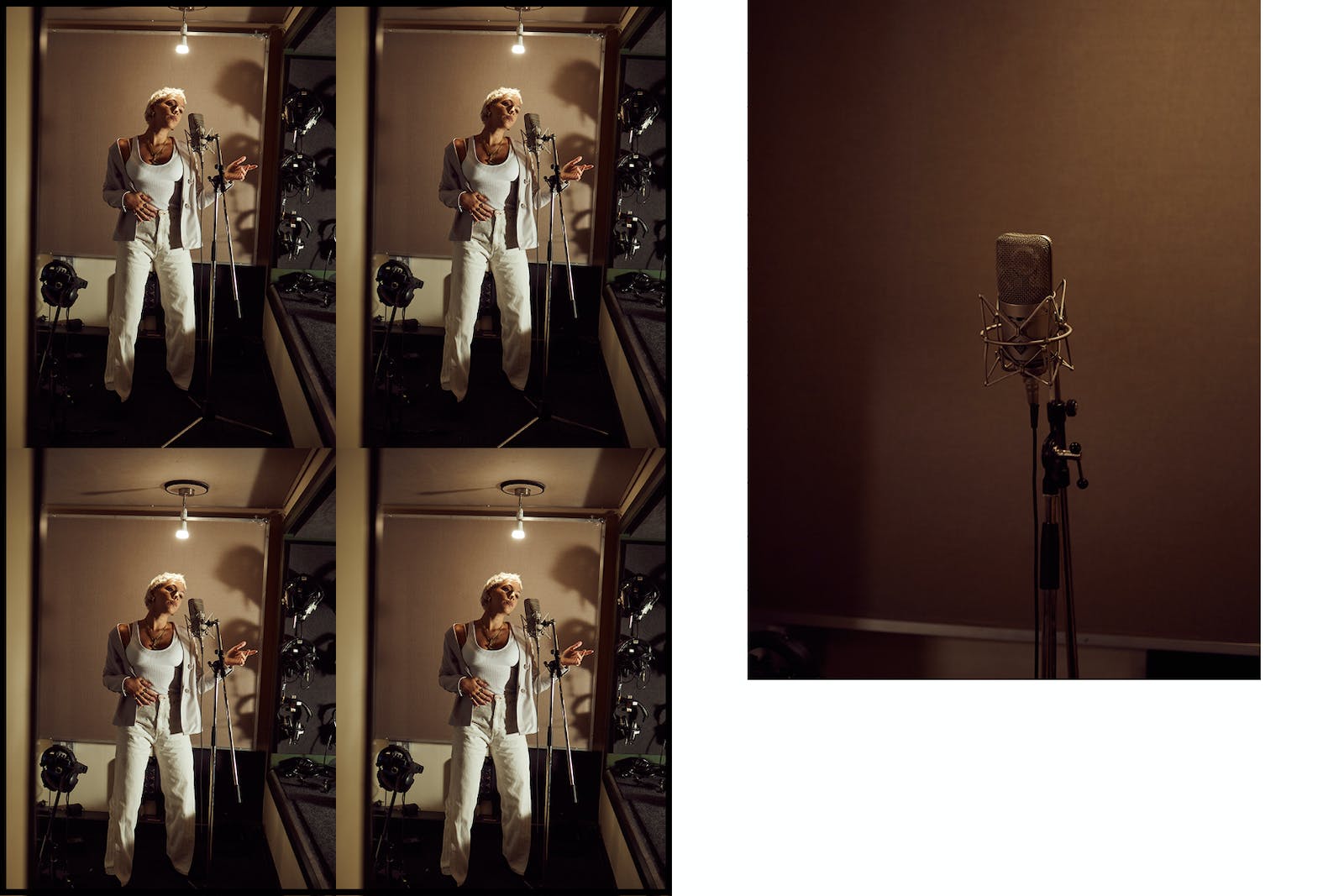 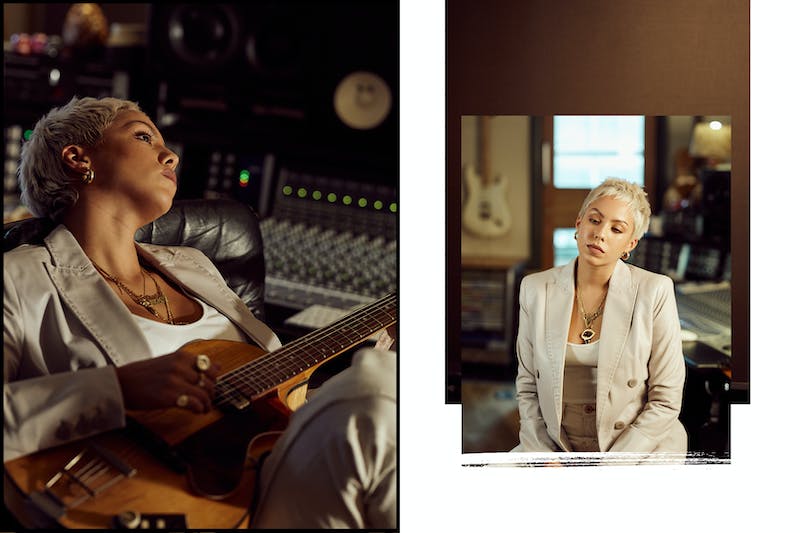 To help people be true to themselves we need to communicate.

It’s a really big thing but if everyone were to perpetuate a good level of emotional intelligence and communication, collectively we would see a change.

I don’t need someone to try and affect the whole world with something they do, they just need to try and teach everybody around them the best way to be and then it ripples.

Women can be forgotten about because we just get on with it and because we’re so resourceful and we’re so good at balancing a million things at once.

Sometimes people don’t realise that we’re human and the world affects us.

Part of the reason I touch on different social issues in my music is because I’m trying to gain momentum in those issues that I would like to change.

I’m trying to help people to engage and be involved because the more people do that the faster we’ll get to the goal that we want.

Being named as one of Barack Obama’s favourite artists was pretty surreal.

I was in the studio at the time and I was like, “Is that real?”

It felt wild that it was all the way over in America and that it was the ex-President. I never thought my music would reach that far.

I presume he found me through one of his kids but maybe he’s just got sick music taste and picked it up after searching the web at night like a teenager in a YouTube hole and found Disco Yes.

Embrace the spirit of ‘I am what I live’ with My Way, Giorgio Armani’s latest perfume. The contemporary floral fragrance is inspired by our search for meaning and authenticity and the experiences that shape who we are and how we connect with others.

My Way is created with a blend of consciously sourced ingredients from around the world, including vanilla sourced from Madagascar through an inclusive program that benefits local communities.